Morning came early after the night of greetings and welcomings. While it may have seemed odd in another age to stay at an inn when the local lord was kin, the inkeeper was also kin and the beds were prepared and warm. Gavan and Aderyn rolled the Traveling Morgans out at first light. The courtyard was set with warm honey cakes and berry jams with mugs of hot tea. The morning was crisp and sleep hung heavy over Jon and Ama. "Eat up, now! You'll not want to keep Their Stoutnesses waiting. Grumpy bunch they are. Don't really see why Selwyn takes to them so." Aderyn both beamed and grumbled as she toussled Jon's hair and spread some jam on a cake for Ama.

Kat stared off towards the mountain they were about to ride up. These were safe woods, she told herself. Still, she winced and shivered as she remembered being impaled by the wyvern. There was only the faintest scar remaining but it burned right now. The poison was gone...but, wait! She had collected the stingers from the tails and still had them with her! So much had happened in the past few days, she forgot them. "Ma, we need to stop at an alchemist today. These stingers won't keep and I'm thinking they are starting to smell!"

Kymeth nodded. It was a few hours up the mountain on horseback to meet with the Corrach Niwc and then a few hours back. Corrach aren't particularly gregarious creatures so it would be unlikely they would be long in their hall. Of course, Selwyn had arranged everything so who knows what would actually happen! He spent so much time at his forge it was a mystery how any decisions were made for the shire. Somehow the village keeps growing, though. From the looks of it, it was perhaps even larger than Robatshire now. Well, it is certainly bigger now with Robatshire having been erased that night. Her thoughts wandered to her husband and the clansmen who held the line so the women and children could escape across the mountain. He must still live...

"Alright, enough sitting on your bums! The sun getting higher in the sky doesn't make the path up the mountain any shorter," Selwyn roared as he road up to the courtyard." Let's go, all of you!."

The horses had been readied and they all headed south through the town and up the draw just to the west where the road turned into a trail. It was a well marked and well worn trail, but definitiely not a proper road. Selwyn seemed positively joyful, like going to visit old friends, while Jon and Ama seemed still barely awake. Rae and Mae looked off into the woods, searching. Kat would every once in a while start sniffing and look at her backpack. Kymeth rode quietly.

They traveled without incident and arrived at a stony crag at the end of the path. A well crafted, shallow pool the size of a small house sat at the base of a dragons head spewing water like a huge water fall. The water roiled and bubbled but did not overflow the edges. There was a large well pump handle at the exact point where the road ended and the pool began, with flagstones surroun
ding it and the edge of the pool. "Well, lets let the the bearded grumps know we are here," Selwyn said to Kymeth.

He dismounted and walked up to the pump, lifting the handle and pushing it down hard. There was a deep, resounding GONG somewhere under their feet. Truly, they felt it more than heard it. After just a few moments, the water stopped spewing and the pool rapidly emptied to where a tiled floor was seen with a blue green set of center tiles that led to a now visible set of dark metal doors. The doors looked unlike any metal they had seen and seemed so very...odd. Once they had all dismounted, they felt a humming in the ground, a vibration that also seemed so very very odd. Selwyn had already made it to the doors when he looked back and saw no one was following him. "Yes, this is a very odd place to our kind. It will be even more odd once you walk through these doors. If you need to throw up, please do not do so on any of the dwarves."

Kymeth and kin all looked genuinely disturbed and glanced about for some ogre or wyvern to save them from having to go in. None arrived and Kymeth was first to set foot on the tile. She held her head up and strode toward Selwyn. The others followed, a bit more timdly.

Almost immediately a wave of nausea came over them as they passed through the strange metal doors. It intensified as the doors closed behind them. Ama and Rae fought back terror as they felt the weight of the mountain close in around them. Kymeth saw Selwyn close his eyes and swallow several times, hard, and realized it was affecting him as well. She, too, felt the nausea grow, and an eerie empty feeling as well, but it paled to the feeling of loss she had for her husband. She looked critically around and saw the hall was a bit dim but lit by glowing sconces that hummed but did not seem to burn. There was a table with ten chairs across the chamber from them. Wall panels opened behind each chair and a strange, short but broad man came out, almost all at the same time. Each one was slightly different color with metal rings and headgear, some with monacles or ear pieces. They each took a seat at the table
facing the humans. After a few moments, one of the middle two, stouter than the others with ruddy complexion and copper hair and beard, said in a raspy, high pitched voice "So, Selwyn, do we need to get a bucket for you and your manlings? Have your tummies settled?"

Selwyn took a deep breath and swallowed really hard. "Greetings, Corrach Niwc! Our kind have been as kin throughout the last age and it seems will be so throughout the dawning age. This one I have brought before you today needs passage through the Deyrnas Niwc to Ty Lyr as Modron seeks her life and those of her band. The night skies are death for these and now ogres seek them during the day."

Kymeth noticed the mention of Modron caused a stir among the otherwise gruff looking corrach. The ones on the end of the table got out of their seats and soon all were clustered around the one in the center who spoke earlier. A low, guttural clicking and hacking rose up from their cluster. Mae thought maybe they were spitting on each other but the nausea was making it hard to even see the table through the room spinning. Selwyn murmured to Kymeth, "They are not at all enthused about helping. Were it not for this being a copper vault and Crystiog being their leader, we might all be fighting our way out today." Kymeth looked shocked. "No worries. We are safe here but it is a heavy thing we are asking."

Crystiog seemed to bark at several of the other corrach who bowed and went back to their seats. "Selwyn, what you are asking is impossible. Look at your people: They are weak unto passing out just standing in the entry way! Even you can barely stand your time at our forge...and then only probably because you can't actually stand up there, ya giant galoot. Even in our fastest carts...Selwyn, I think they might die."

Kymeth stepped forward, "Lord Corrach, my sister gave me this to bring to you. She said you would know it and know what to do." With that, she brought out the copper necklace given to her at Ty Rhiannon. She approached Crystiog and set it before him.

His eyes brightened as he gazed down upon it. As he touched it, it shimmered for a moment. He looked closely with his monacle, first at the brooch, then at the clasp, then at the chain. Then at the clasp again. "This...this is truly ancient corrach work..." he murmured. "She has presented a key and we must honor it. How to do it without killing you, though," he said looking at Kymeth intently.

The strange fellow to his left elbowed Crystiog hard, garrumphed something, and left the table. He held up a hand as he walked through the door behind him. Crystiog sat, staring at the humans who in turn stood, staring back at him. Well, Jon and Ama did not, in fact, keep standing. They sat down and just hung their heads.

After what seemed an eternity, the dwarf returned with what appeared to be a large glass ball, perhaps the size of a small pot, with some sort of metal shavings, arrows, and dials inside. There was a moment of clicking and hacking after which all of the corrach nodded. The glass ball sailed through the air towards Kat who was only half paying attention. "Don't let it break! It will be your key to refuge!" shouted Crystiog, half laughing as Kat managed to bobble the thing several times before finally catching it. "It will point you to the next efail corrach past Ty Arawn and allow you admittance. Beware the lake out front! This
will at least get you one safe night in the wild, although I don't know that you will be particularly well rested after. Can't help that much, I'm sorry to say."

With that, the corrach stood and exited through the doors from which they had entered. Once those doors had closed, the large metal entryway doors opened and sunlight beamed in. It felt like life itself was coming back into their bodies as they stepped into the bright afternoon. 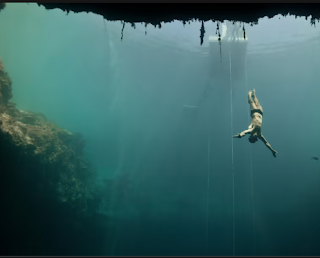 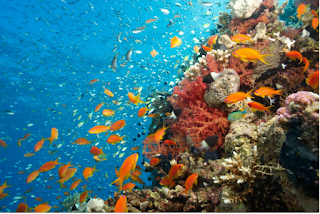